ORANJESTAD - On Tuesday September 10,  2019, the solemn meeting took place with which the parliamentary year 2019 - 2020 was opened in the Parliament of Aruba.

On every second Tuesday of September, the opening of the parliamentary year takes place in Aruba. As the head of the government of Aruba, the Governor Mr. A. Boekhoudt opened the session year with a speech in the Parliament room. 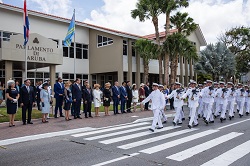 The Opening of Parliament marks the formal start of the parliamentary year and the Governor’s speech sets out the government’s agenda for the coming session, outlining proposed policies and legislation.
You may download the speech: 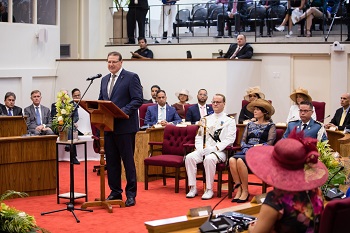 We work together on an informative, accessible and user-friendly Government Portal for Aruba.
Report something? Click here